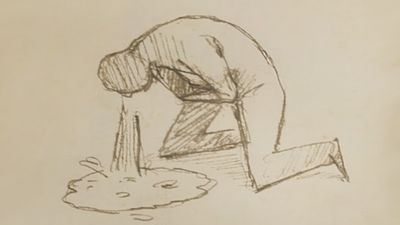 Food poisoning is any illness resulting from the bacteria in spoiled foods as well as toxins such as poisonous mushrooms.

When the player receives food poisoning the vomit icon will be displayed above the health meter, the number beside it will indicate the level of sickness.

A player who has food poisoning will lose valuable nutrients and fluids through vomiting. They will continue to vomit until they have been cured or when the sickness has run its course.

Food poisoning can be naturally fought off by the body over time. However larger doses of food poisoning will rapidly affect the players health and often result in death if left untreated.

Once treated the player will need to replenish their nutrients and fluids levels lost during vomiting.