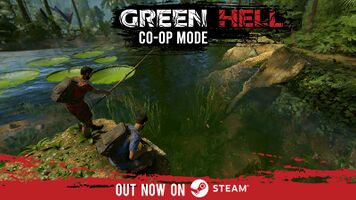 Green Hell's Co-op Mode is live!!
Now you can face the dangers of the Amazon Rainforest with up to four friends with Co-op Mode.
For more details on the changes and fixes included in this update, check out patch notes here: V.1.5.0 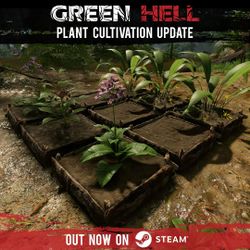 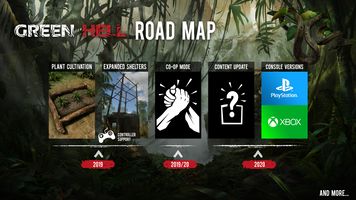 Creepy Jar have announced a new road map for Green Hell. Below are listed some of the content updates we can expect to see from the new road map; 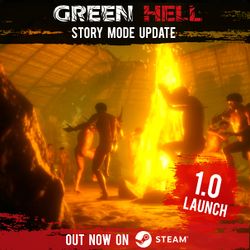 Its Official, Green Hell has left early access and launched in to version 1.0
Green Hell now sees a ton of new features, from an entirely new map area to new animals, custom difficulty settings and new graphics options.
Including the most anticipated features of all Story Mode. Players will test more than just their survival skills as they embark on a desperate mission to navigate the deadly Amazon rainforest and rescue their lost love, Mia. 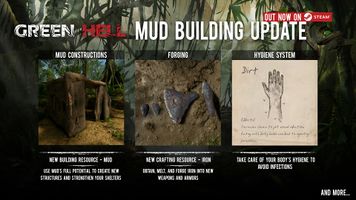 Road Map Update
Green Hell 1.0 Delayed to Summer 2019
Creepy Jar have announced they will be to moving the game from Unity 2017 to Unity 2018, this means the full game release has been delayed to summer 2019.
See here for official Green Hell Developer Announcement 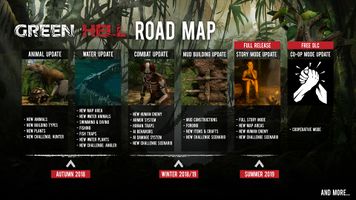 Creepy Jar have announced the official Green Hell discord server. Please make sure to read and agree to the rules!
Check out the developer challenges, sneak peeks and chat with devs!
Official Discord Of Green Hell 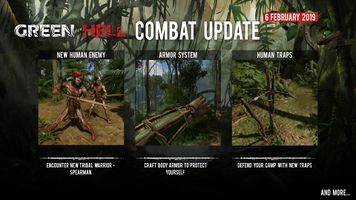 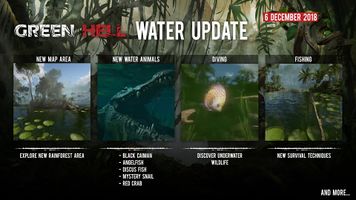 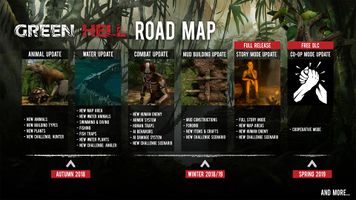